Last night, the cabins Ireland (a boy’s cabin) and New Zealand (a girl’s cabin) won the Volleyball Tournament!  The whole night up on the North 40 Field was so much fun – it was such an incredible bonding time for cabins, and it was a great opportunity for cabins to get their group pictures all dressed up in their uniforms and facepaint.

Last night was our Volleyball Tournament! Campers trekked up to the North 40 Field for an epic volleyball showdown. Each cabin was their own team for the tournament, dressing in team colors, sometimes wearing face paint, and creating team cheers. Cabins played against each other and, between games, played soccer, 9-square, carpetball, or just enjoyed the music playing from the sound system. The night started off cloudy, but towards the second half of the tournament, the sun broke through the clouds in a beautiful way – a reminder of the blessing it is for us to play outside in God’s Awesome Creation! . . . #awesomecreator #summercamp #volleyball #juniorhigh #camplebanon #thefunnestfun 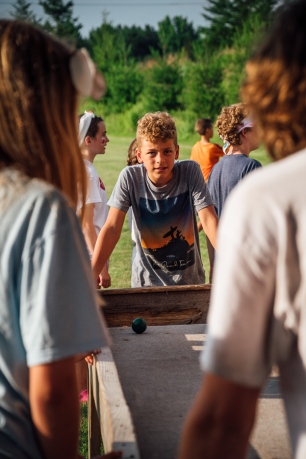 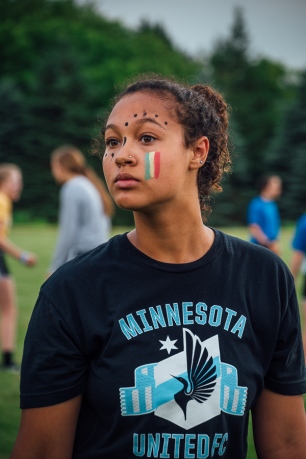 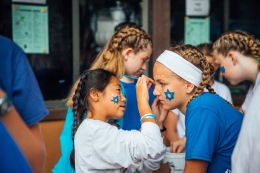 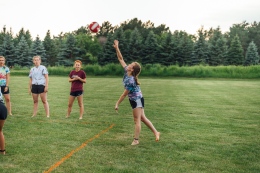 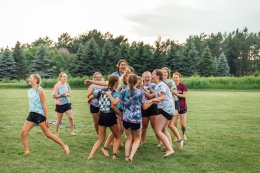 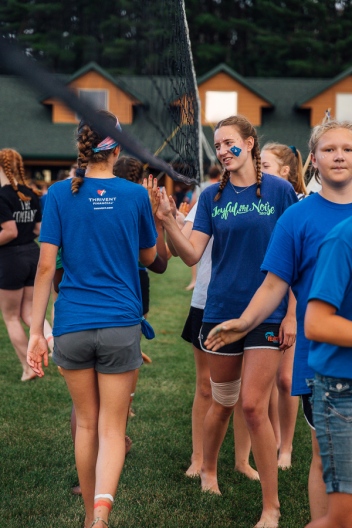 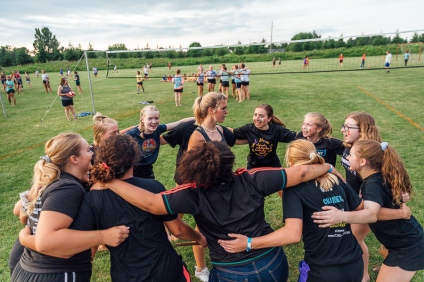 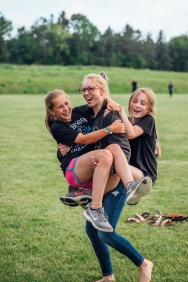 After the Volleyball Tournament last night, campers went in to chapel to hear from our speaker, Joe.  To start, Joe had campers share with their neighbor what the most difficult thing has been for them since 6th grade.  He shared his own story of the difficulties he had switching between 5th and 6th grade, including struggles with anxiety and friendships.  He then went to Genesis and the story of the Fall (Gen 2:14-7; 3:6-8; 3:22-23).  Things went wrong, but there’s good news!  Joe shared from Ephesians 2:4-10:

4 “But because of his great love for us, God, who is rich in mercy, 5 made us alive with Christ even when we were dead in transgressions—it is by grace you have been saved. 6 And God raised us up with Christ and seated us with him in the heavenly realms in Christ Jesus, 7 in order that in the coming ages he might show the incomparable riches of his grace, expressed in his kindness to us in Christ Jesus. 8 For it is by grace you have been saved, through faith—and this is not from yourselves, it is the gift of God— 9 not by works, so that no one can boast. 10 For we are God’s handiwork, created in Christ Jesus to do good works, which God prepared in advance for us to do.” 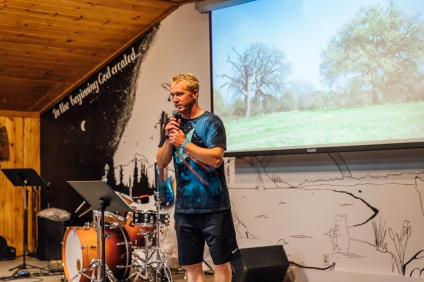 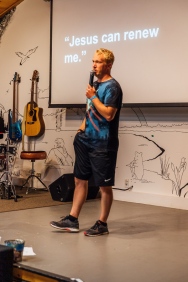 Grace is a gift that we don’t deserve, and through it we are made new!  Jesus was dead, but he came back and was resurrected!  That’s why Jesus can resurrect us from our sin and death.  Joe said that believing this truth is the BEST THING EVER, and when you believe, you are a new creation!  Campers were given the chance to make that choice to believe, and to talk to their counselors about that decision if they wanted to.

TAKE CAMP HOME:  Read the passages listed above.  Talk to your camper about some of the hard things they might be experiencing in their lives now – with school, friendships, and other challenges.  How do they think that God’s grace in their lives can affect those things?  In what ways is God making them a new creation right now?

This morning, campers did the Polar Dip, had breakfast, cleaned their cabins, and had their morning TAG Time.  Then it was time for Morning Chapel, with guys and girls splitting up.  Morning Free Time and Cabin Time were followed by a yummy lunch of ham and cheese sandwiches, tater tots, salad, and fruit. 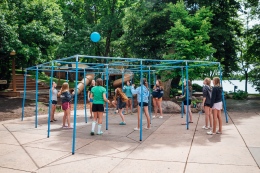 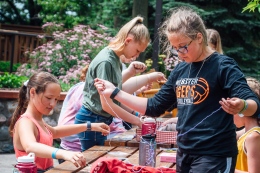 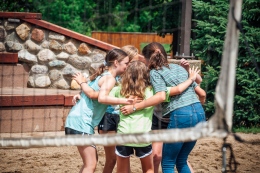 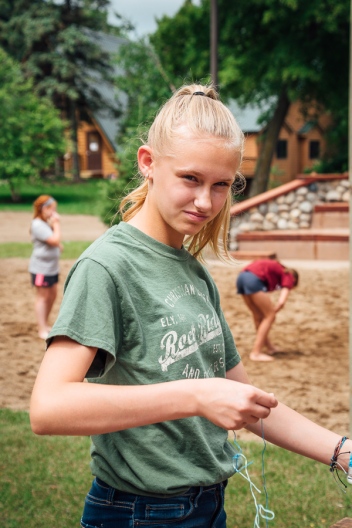 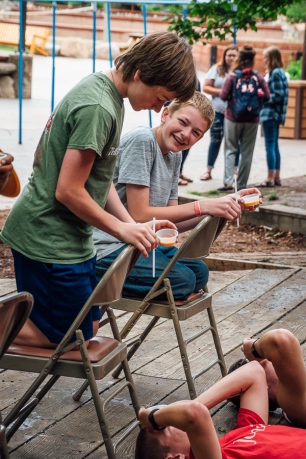 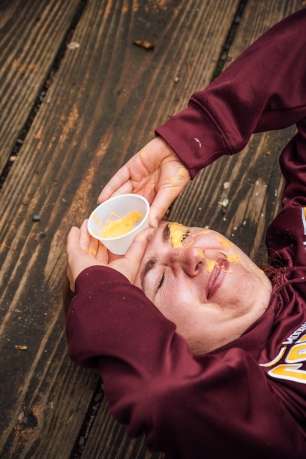 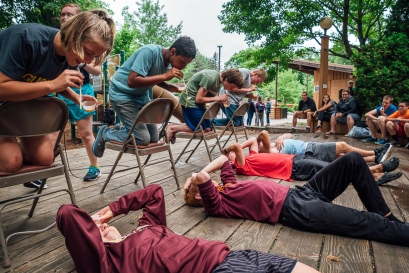 On to Clinics and Seminars!  Today, campers got to choose from the same options they had on Monday, just in case they missed one they were very interested in.  The Improv Clinic was popular today – the speaker, Joe, joined in with the fun.  They spent a big part of the session playing an improv game called “Freeze,” where a few campers start a scene and then anyone in the audience can shout “Freeze!” to interrupt and take someone’s place.  When the take someone’s place, they have to change what is happening in the scene.  It took everyone a little while to warm up, but by the end, the campers were having a blast making each other laugh. 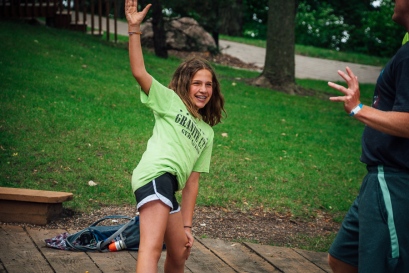 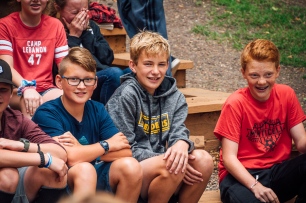 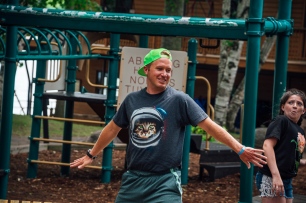 Clinics & Seminars ended and campers headed in to Free Time!  All the usual fun began, including swimming, fishing, boating, and zipline & laser tag.  The Craft of the Day was to make a clock.  Campers could paint, color, or otherwise decorate the face of a white clock.  They could also do any of the crafts from the previous few days, including hair scrunchies (which a bunch of campers did today)! 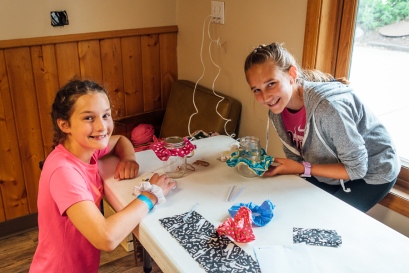 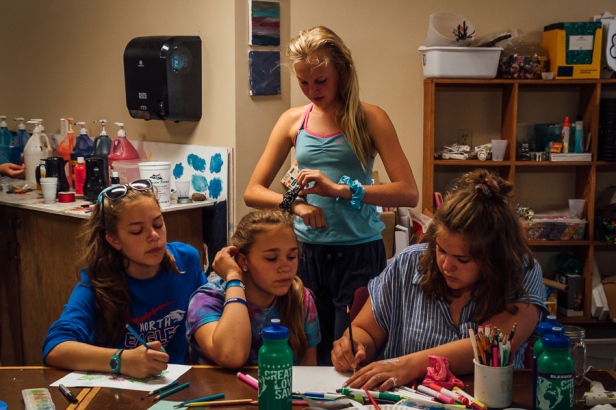 It was a funny day weather-wise.  It stayed relatively warm, but the weather would change very suddenly from bright and sunny to windy and rainy.  Sometimes it even rained in the sunshine!  The zipline is particularly fun in the rain – as our Worship Leader, Matt, says, “It’s the only time you can go swimming AND ziplining at the same time!” 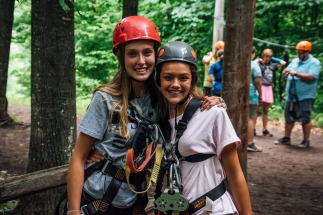 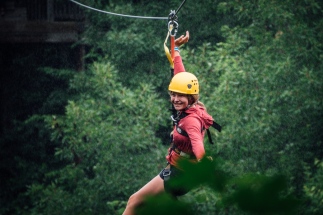 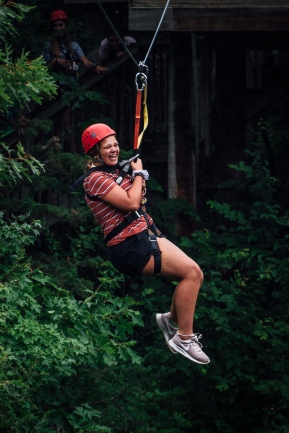 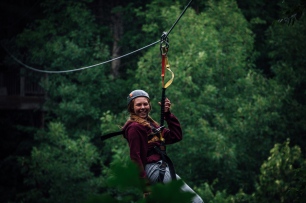 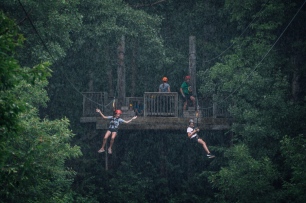 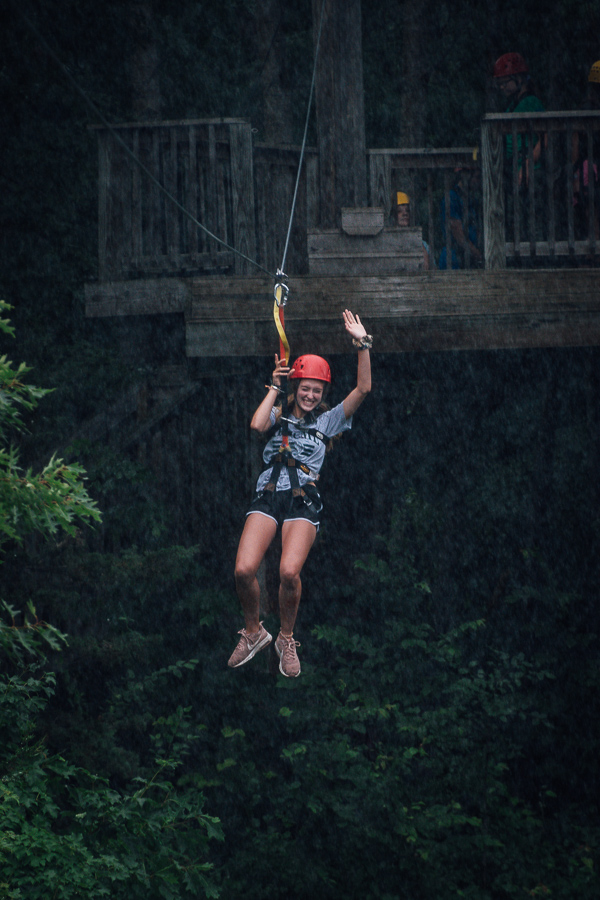 It’s been a great day!  After dinner tonight, Campers will go to chapel.  Then it will be time for Cabin Time, which is some special time for campers and their counselors to hang out doing an activity together.  Then we will have some evening Free Time (which will probably include Canteen!) before a Night Game called Bible Smuggler! 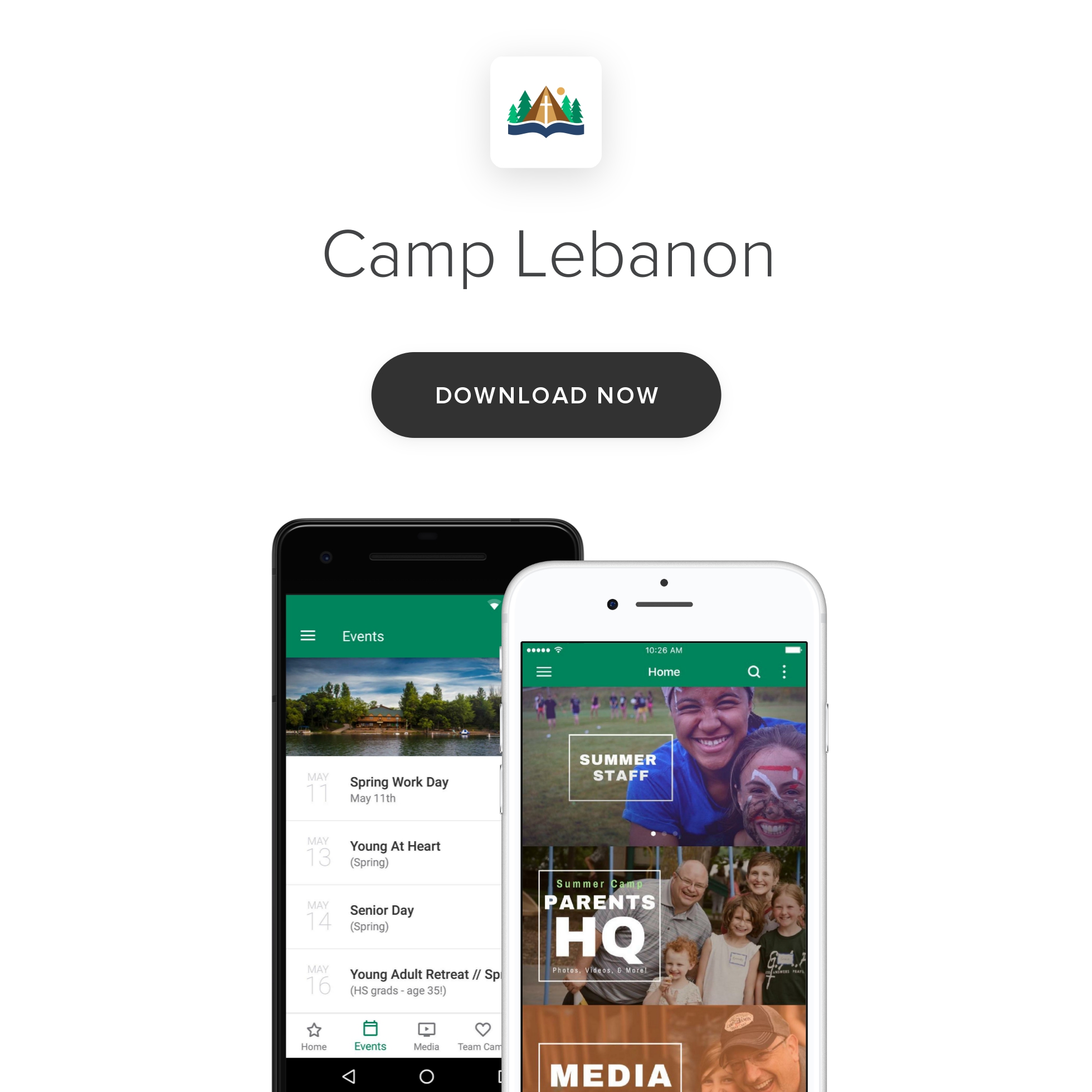